After a blockbuster release during Deepavali day, Annaatthe shattered many box office opening records for the year 2021 and historical records. But the heavy downpour and cyclone in Tamilnadu has caused a dent in the successive weeks box office of the movie. We will have to wait and see how the final result shows up which would be almost be a superhit. 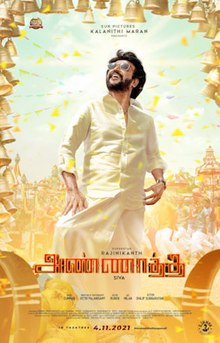 Now the talks are going on between Superstar and sun pictures to unite again for the fourth time with a different director other than Siruthai Siva. Also another possibility is Siruthai siva and Superstar uniting again either with Sun pictures or another production house. But based on the events happening it would be Superstar and Sun pictures for the fourth time with another director probably Karthik Subburaj is in the list. Superstar wanted to do another movie with Karthik Subburaj , how he did second movie with Pa. Ranjith. It this happens it would be the repeat of movie Petta.

Sun pictures, Superstar Rajinikanth, Karthik Subburaj trio and the movie would hit the floors as soon as December 2021 considering all health aspects of superstar into account.