There are some romantic movies which tell a simple love story in an engaging way. These movies are heartwarming as well as portray love in its truest form. Some movies deal with contemporary issues that pop up between couples and some movies deal with heartbreak, separation and pain in a deft manner. Tamil film industry has been churning out N number of romantic movies in the past decade. It is very difficult to pick the most endearing ones. However, these movies are hardcore Tamil romantic movies which you shouldn’t miss. This was the ultimate romantic movie of the early 2000s. At a time when meaningless romantic and commercial movies were popping up, this movie made for a refreshing watch. Though the movie started off as a normal love story, it moved on to something mature and dealt with the complications and misunderstandings that arise after marriage. With a spellbinding soundtrack from A.R. Rahman, this Mani Ratnam gem had Madhavan and Shalini in the lead roles. 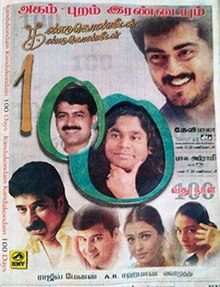 Loosely based on Jane Austen’s novel Sense and Sensibility, this movie followed two parallel love stories, where one ends in betrayal and other goes through several misunderstandings. This movie was high on the feel-good factor and had Aishwarya Rai, Abbas, Tabu, Ajith and Mammootty playing the lead roles. Directed by former director Rajiv Menon, this movie too had some enthralling music by A. R. Rahman.

Filled with equal dose of romance and comedy, this movie had a love story that lined on obsession and lies. Though the protagonist was portrayed as a stalker, his character was justified by the phrase ‘all’s fair in love and war’. This was the debut of Gautham Vasudev Menon and had Madhavan, Reema Sen and Abbas in the lead roles. Harris Jayaraj composed the music for this movie and all songs were chartbusters.

This was a successful campus love story that ruled the box office during those days. Starring Vijay and Richa Pallod, this movie followed the story of a man who helps lovers and ends up with heartbreak in his own love life. Comedy by Vivek provided relief in an otherwise serious screenplay. Directed by K.S. Ravi, this movie had music by Manisharma.

Based on Fyodor Dostoevsky’s short story White Nights, this S.P. Jananathan directed movie focussed on a love triangle. A woman from a port town is waiting for her lover who is a ship captain. Meanwhile, she is pursued by another sailor, who loves her truly. The unpredictable climax and breezy screenplay made this movie a huge hit. Music by Vidyasagar also contributed majorly to the success of the movie. Especially the song Kaadhal Vandhal became a chart-topper. This movie had Shaam, Arun Vijay and Kutty Radhika in the lead roles.

This movie portrayed a good-for-nothing college guy who turns into an obsessive lover after he falls in love with his North Indian neighbour. His love stays unrequited and results in drastic consequences. The movie became a huge success for its realistic portrayal of stalkers and how obsession can lead to troubles. Starring Ravi Krishna and Sonia Agarwal, this Selvaraghavan movie had an astounding soundtrack by Yuvan Shankar Raja. 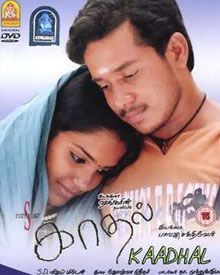 Based on a true love story, this tragic movie was highly appreciated for its rawness and the tribulations faced by the young lovers. Though it had a tragic climax, the blooming of love between two unlikely people was portrayed well. It had Bharath and Sandhya in the lead roles and was directed by Balaji Sakthivel. Music by Joshua Sridhar also became an instant hit. The success of this movie spanned its remake in several languages.

This breezy romantic movie had a tried-and-tested love story, but was highly successful due to its screenplay and the chemistry between the lead pair. It was also widely appreciated for its sensible representation of love after marriage. Directed by Krishna, this movie had Suriya, Jyothika and Bhumika Chawla in the lead roles. Once again A.R. Rahman’s music played a phenomenal role in the success of this movie. 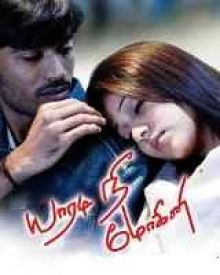 Another movie which bordered on the lines of obsessed love. But the tone of the movie changed in the second half and focussed on the confusion of the woman who finds herself torn between her fiance and the man who loves her. Filled with some slapstick comedy and family sentiments, this movie became a superhit for its feel-good quotient. Starring Dhanush and Nayanthara in the lead roles, it was directed by Mithran Jawahar. Music by Yuvan Shankar Raja became an instant winner. 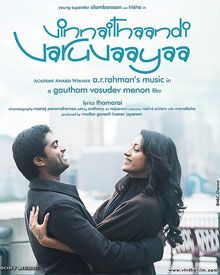 This Gautham Vasudev Menon movie became a cult classic within a few days of its release. An aspiring filmmaker falls in head over heels in love with a Christian girl, who has difficulty in deciding her love life. Their love story faces many conflicts and ends up in a muddle. What worked in the movie was its realistic and contemporary portrayal of true love. After Alaipayuthey, this is the best romantic movie to come out in the past decade. It also had a breathtaking soundtrack by A.R. Rahman which contributed to the success of the movie. 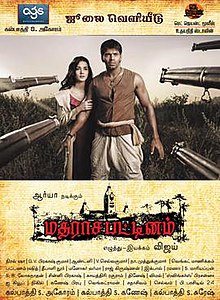 Directed by A.L. Vijay, this romantic movie had an old-fashioned love story. The film was set in the 1940s, where the daughter of a British governor falls in love with an Indian washerman. They are separated by fate and many years later the woman comes in search of him. Considered as one of the best love stories of the decade, this movie had Arya and Amy Jackson in the lead roles. Music by G.V. Prakash Kumar was also widely appreciated. 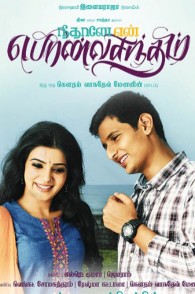 If you are a fan of slow-paced romances, then this is the right movie for you. The story follows the life of two childhood sweethearts. They share an off and on relationship which turns toxic in their later life. Directed by Gautham Vasudev Menon, this movie starred Jiiva and Samantha Akkineni in the lead roles. Ilaiyaraaja’s enchanting music was one of the reasons for the movie to pull crowds to the theater. 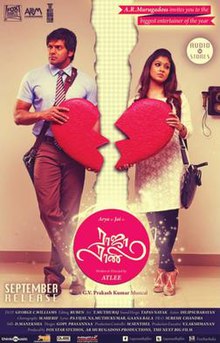 When Kollywood was facing a dry spell of good romantic movies, this movie came as a relief. It followed the adage ‘There’s love after love failure. There’s life after love failure’ and focussed on the married life of a young couple who have tragic pasts. Arya, Nayanthara, Jai and Nazriya Nazim played the leads in this Atlee directed movie. It also featured a successful soundtrack by G.V. Prakash Kumar.

This was an underrated romantic movie which focussed on the love life of two village dwellers. It had an endearing love story with a happy ending. Starring Chandran and Anandhi, this movie was directed by Prabhu Solomon. Songs by D. Imman became a huge hit. Especially numbers like Unna Ippo Paakanum and En Aala Paakaporen became instant chartbusters. 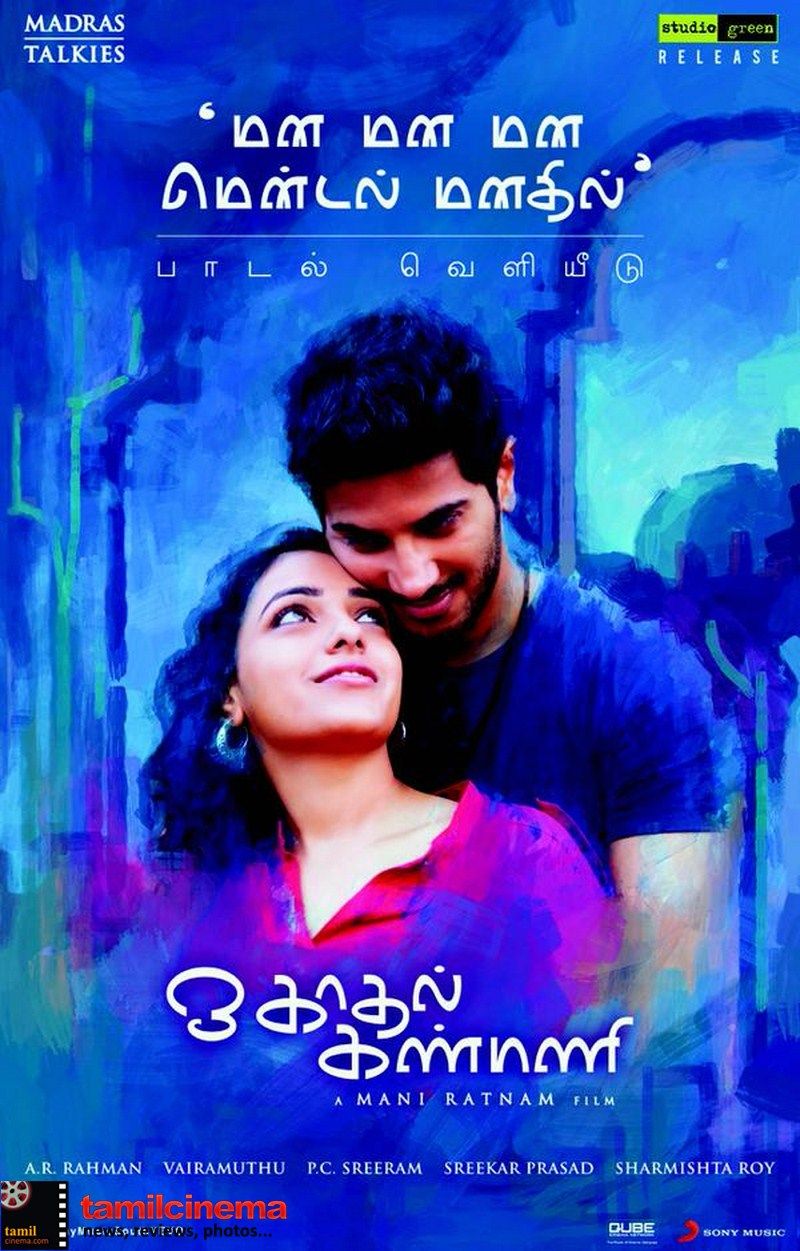 Directed by Mani Ratnam, this was a contemporary love story which dealt with live-in relationships. Two carefree and ambitious youngsters fall in love with each other, but decide against marriage and opt for living-in together. However, they have a hard time in taking decisions when they have to drift apart. This was yet another movie where A.R. Rahman’s magical soundtrack became a chartbuster.